In today’s installment of the 2010 Portageur Awards, I’d like to recognize some of the great “civilized” accommodations that helped me out in my travels in the past year. More often than not, I stay in campgrounds when not in the woods, but every now and then I fancy it up a bit. Sometimes, after spending some time in the bush, it can be refreshing to stay somewhere with a roof, a soft bed and of course a nice warm shower. It can make a long ride back home much more comfortable. But when I do choose a motel, it should fit a few criteria: First and foremost, it has to be pet-friendly for Nancy. After that is should be conveniently located on my way home, a local small business that lets me take in some local culture, and above all else, cheap (that’s Motel).

For example, any other year my favourite motel would be hands down, the Algonquin Motel located in the small town of South River, Ontario. They’re accommodations won’t compare to a fancy hotel in the city, but it’s a relaxed atmosphere and lot more fun having all the rooms covered in groovy murals. Often I would show up long after dark, being greeted by Tim in his housecoat, handing me a key without much fuss. A great little place worth supporting. The problem is that I didn’t stay there in 2010.

And The Winner Is… 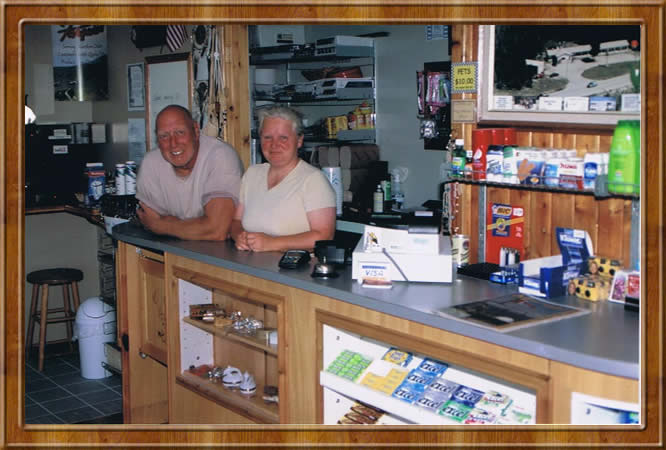 After a solo trip into the west side of Killarney, I stayed at the Buckhorn Motel. I was planning on taking the Chi-Cheeman ferry from Manitoulan to Owen Sound for the return trip, and found this place was just a few minutes up from the launch at South Baymouth, Ontario. As they will be the first to tell you, the motel is nothing fancy, but I did find some great reviews on line. It’s warm, clean, comfortable and fits all my criteria. When I arrived, I was greeted by Cathy and Ameal, a very nice couple who I found out were from my hometown, Hamilton. Their dream was to open a little place up north for their retirement, and they couldn’t have found a nicer area to do so. Ameal is a gregarious man who will make you feel at home instantly and Cathy certainly left me with the impression that I would be taken care of. The price remains reasonable because while they’ve taken good care of the basics, it does lack some luxuries, but as they grow they’ll be offering more.

For example, on their website, over the phone when making the reservation and again once I was checking in, they reminded me that they have one television channel – I guess they wanted me to be prepared. I wasn’t concerned because I expected to shower, sleep then be off to meet my ferry. I expected the reason for the one channel was because of the remote area, in that there just wasn’t much offered over-the-air. To my surprise, when I did turn on the TV I saw that the “one channel” was the Discovery Channel. Neat, but weird. I watched the end of Dirty Jobs and was just about to go to sleep when I saw the television change stations. That’s when I realized that the “one channel” was the one that the owners selected and was re-broadcast to the other rooms. I loved it! I wasn’t there for the TV, but when I did find it useful, it wasn’t a fuzzy picture of old re-runs broadcast by the local television station.

Who needs TV anyway! The Buckhorn offers a fantastic location for both scenery and convenience. It’s right near the ferry and there’s plenty to see and do close by. Check it out.

As what has become a bit of a tradition, normally I’d show a picture of a very unclean-though-satisfied-with-herself picture of […]